Our boy's team competed in the Southport 5-a-side competition lastnight at Stanley High School. We came second out of a league of 4 and only missed out qualifying for the next round by one narrow defeat to Kew Woods.

The lads played really well and we were very proud of their performances. 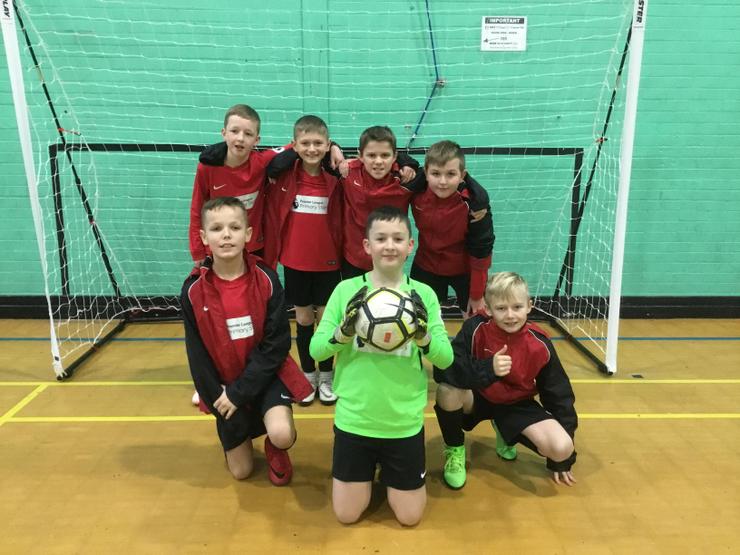 The boys' football team have a 5-a-side competition next week at Stanley High School.

The remaining league fixtures are yet to be announced, but because of our good run of results in the autumn term, we are now in the Champions League. This puts us up against Norwood, Kew Woods, Farnborough A, Our Lady Of Lourdes and Marshside. It is expected that the fixture format will be similar to last term whereby teams will meet to play each other on the same two nights. These fixtures are likely to be played during the weeks beginning 18th March and 1st April.

There is no more news on The Nationl League Trust Under 11's Cup, which we qualified for by winning the competition at Southport FC last term. As soon as I hear about the next round we shall alert children and families.

Training for now has been suspended until after the February half term holiday, due to the dark evenings, but we expect to get back to work in late February to complete our successful season with more good results!

BDS started with a cracking line up of Rowan, Preston, Finley, Connor, Igor, Reuben and Igor. We started strongly and ended with a 7-0 victory. St Patrick's left the field in shock.

Marshside finished the game looking the stronger team and won one nil.

A great effort from our lads.

The boys football team recently took part in a new league system which involved playing three matches in one evening. The following report is from one of our players, Reuben Whitehouse.

A battling performance from BDS, where we were unlucky to fall behind from a long-ranged effort lobbing our keeper, Rowan.

With the game coming close  to the end we were frustrated having lost o lot of chances. But a corner was fired in and prodded into the net by a delighted Finley Munro. A well deserved point!

An end to end game which was well fought from both sides. The match was notable for some flowing moves where BDS played for eachother testing the opposing goalkeeper. The counter-attacking prowess of BDS was rewarded with a point which was deserved by both teams.

A dominant display, with some moments of individual brilliance. Connor's fine drive from within his own half was truly gobsmacking!

And Matthew's turn and swivel inside the box with a rifled shot into the roof of the net raised some eyebrows. Jordan's perseverance granted him great reward when he stuck away a calm and collected finish.

Unfortunately not the ones with chocolate chips.

Some cookies are necessary in order to make this website function correctly. These are set by default and whilst you can block or delete them by changing your browser settings, some functionality such as being able to log in to the website will not work if you do this. The necessary cookies set on this website are as follows:

Cookies that are not necessary to make the website work, but which enable additional functionality, can also be set. By default these cookies are disabled, but you can choose to enable them below: